Over the progress of 34 years run, one of the most revered and India’s first luxury train, “Palace on Wheels” has achieved exceptional heights, recognition and global praises for unparalleled opulence and royal liveliness that make this luxury train not only popular in India/overseas but few of the features apart it from the other luxury trains and tour packages in India.If you are planning to book tickets for Palace on Wheels, then must read its unusual features to know the train popularity.

The concept of luxury train for tourists was unknown in India till the Indian Railways and Rajasthan Tourism and Development Corporation (RTDC) launched Palace on Wheels train.Introduced on 26th January, 1982 “Palace on Wheels” not only marked the beginning of luxury train/ the legacy on move but its main emphasis on heritage across select destinations like Jaipur, Delhi and Agra (famous golden triangle destinations of the country) and Rajasthani culture make it notable to many other trains. It’s not the destination, new way of seeing things matters:

The bulk of the destinations offered by other luxury trains but the Palace on Wheels which offer a single itinerary, historically and culturally significant regions of North India mostly revolves around destinations in Rajasthan go through a number of destinations during its seven day journey, the train has stopovers at Jaipur, Sawai Madhopur (Ranthambore National Park), Chittorgarh, Udaipur, Jaisalmer, Jodhpur, Bharatpur (Keoladeo Ghana National Park), and Agra before returning to Delhi. Guests are taken to places such as Hawa Mahal, the Hill Fort Palace in Amber, the Pink City Palace, Jantar Mantar, Ranthambore National Park, Bharatpur Bird Sanctuary and the beautiful Taj Mahal before the train returns to New Delhi. Each and every visit is sure to be an experience that is unforgettable.

With 14 fully air-conditioned coaches, the train has 4 twin bedded cabins equipped with all the services and lavishness that is fit for kings or queens. From lavish/ethnic Rajasthani decor coaches to the flawless service like internet facility, satellite TV connection, channel music,public address system, running hot & cold water, shower, attached toilets, intercom, wall to wall carpeting,laundry service, separate safe , and uniformed Khidmatgars at every beck and call throughout the train enhance the pleasure of traveling. Besides offering royal service and opulent facilities on board, the Palace on Wheels also offers several c and souvenirs such as beer mugs, embossed leather jewellery boxes, leather photo frames, cruet sets, old paper notebooks with train paintings, t-shirts, caps, and other collectibles that guests would love to pick up and carry back home. All these products are specially designed and are in theme with the entire scheme of the train. The excellence of Palace on Wheels is further confirmed with its recognition as it has been voted as the “4th best luxurious train in the world” and best in Asia. Despite this,within few years of its inception, Palace on Wheels has been recipient of the prestigious “PATA Gold Award” in 1987. In addition various TV channels like BBC, MTV, ZEE TV, National Geographic and Discovery channel have covered this train in their various shows.

So if you decided to embark on a luxury train journey of full of romance and elegance of a bygone era travelling aboard the copy appearances of the personal coaches used by erstwhile Maharajas, Nizam’s and Viceroys of India, then without any doubt book your journey on Palace on Wheels. For details and Palace on Wheels booking, you can visit http://www.palaceonwheelsindia.org. (This website is the part of Travelogy India Pvt. Ltd. A leading organizer of group of India’s luxury trains such as Palace on Wheels, Royal Rajasthan on Wheels, Deccan Odyssey and The Maharajas Express).

Hurry now as only limited seats remain for December and January bookings. 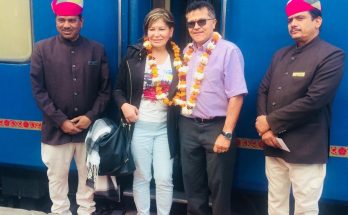 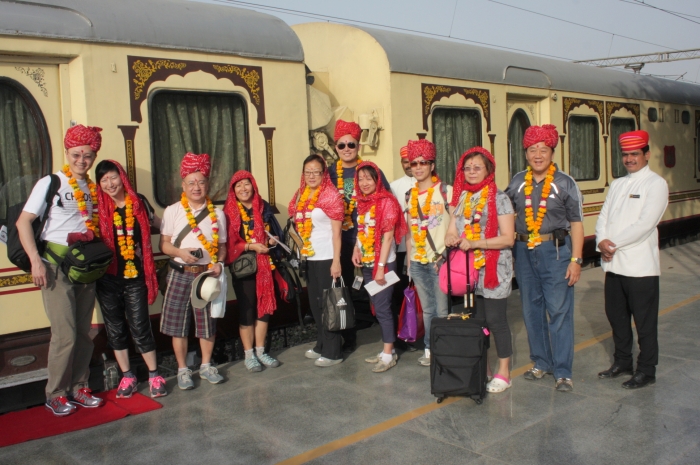